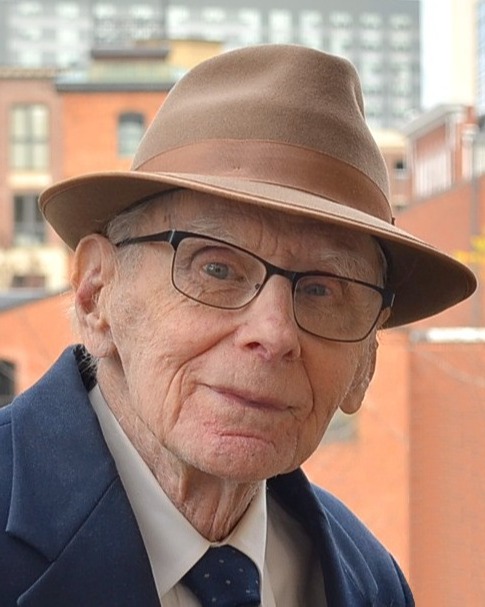 Ralph John Anderson, 86, went to be with the Lord on December 5, 2022.  Born in Oak Park, Illinois, he was the second of three children born to Signe and Axel Anderson.  As a very young boy, he enjoyed sketching and drawing pictures, and participating in his lifelong favorite sport of tennis.

Following his graduation from high school, he joined his father's vocation of house painting.  Ralph attended Washburn Trade School and then furthered his education at the American Academy of Art in Chicago.  Upon completion of his studies, he obtained work with a motion picture company as an artist.  His work continued until he joined the United States Army.  He trained as a Signal Corps radio operator, and after serving for six years, including Army Reserve time, received his Honorable Discharge.

Following his military service, Ralph's pursuits were numerous.  He obtained a certificate in missionary medicine from Biola University in La Mirada, California.  He was the lead painter at Wheaton College in Wheaton, Illinois, befriending students, faculty, and coaches alike.  He developed and operated Spring Creek Farm, a boy's camp in Shawano, Wisconsin.

After moving his family to Pickens in 1981, Ralph became a painting contractor, focusing on residential work.  He loved his many years of painting in the homes of some of the most gracious customers.  In Pickens, Easley, and Clemson, he was known as "Ralph the Painter".  An artist in all senses, he also explored portrait photography in the mid-1980s, and hosted a show at the Pickens County Museum of Art in January 1987.

However, more important than his occupation, God had been preparing him for the gracious work of sharing the Gospel with those in the church and others on the highways and byways of life.  Ralph was not a product of a theological seminary, but God chose him, and he responded, becoming dependent upon God alone - not upon his academics.  Ralph never became a "pulpit preacher", but rather chose street corners for sharing the good news of the gospel message.  He always enjoyed meeting and making new friends.  He was more comfortable with the "common" and "ordinary" and knew well the insides of rescue missions on Skid Row.

Though his voice has been silenced on earth, Ralph has now joined the angels in heaven, signing, "Glory to God in the heavens; glory to the Lamb".  He is survived by his wife Susan, son Stephen (Shannon), and granddaughters Caroline and Claire Wallace.

Ralph will be laid to rest at M.J. "Dolly" Cooper Veterans Cemetery in Anderson, South Carolina.  A thanksgiving service for his life will be held in early 2023.

Memorial gifts may be made in Ralph's honor to Pacific Garden Mission (www.pgm.org) or to THE VAULT project at SermonAudio (vault.sermonaudio.com).

To order memorial trees or send flowers to the family in memory of Ralph John Anderson, please visit our flower store.