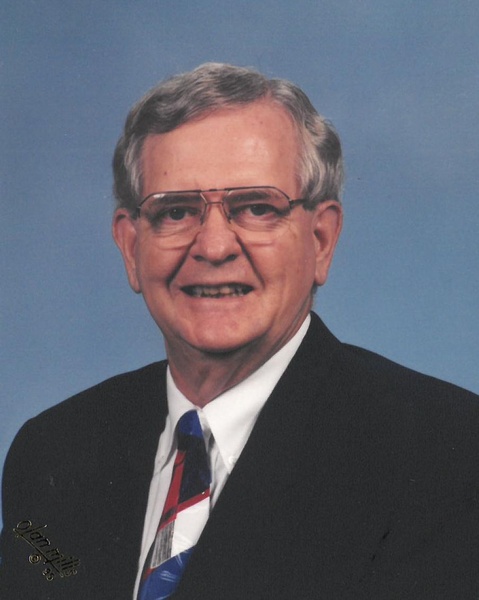 Robert Charles Eberst, 90 (born Hamilton, OH), of Greenville, SC, passed away on Friday, June 24, 2022.
Bob took an early interest in the military and enlisted in the United States Air Force in June of 1949. He served 3 and a half years in the service and was given the Korean Service medal as well as the United Nations Service Medal.  At his discharge, he was a Staff Sergeant and a Senior Control Tower Operator at Mather Air Force Base in California.
From that experience, he went on to use his knowledge to work for the Air Force as a civilian Air Traffic Controller and later the United States Government with the Federal Aviation Administration first in Oberlin, OH and then in Miami, FL.  Once he was in Florida, he shifted his focus, attended Barry University and the University of Miami, and received his paralegal Degree. He later went on to attend Miami Christian College for Pre- Seminary.
Bob was a member of Covenant Presbyterian Church in Easley, SC, and a member of the Victory Sunday School Class at Rock Springs in Easley.
Bob was also a member of the American Legion, the National Association of Business Administrators, the Donors Forum, the International Society of Air Safety Investigators, the Alliance for Aging, the Presbyterian Church in America Foundation, President of the Professional Air Traffic Controllers, and enjoyed golf and electronics in his spare time.
Bob is survived by his wife of 66 years, Janet Reiter Eberst of Greenville, SC. He is also survived by his much-loved children:  Dawn Eberst Lucas and her husband D. Lee Lucas, Jr., of Greenville, SC, Amber Eberst Matson and husband, Guy Matson of Greer, SC and Robert “Bruce” Eberst, Jr, and his wife Susan Brown Eberst, of Boca Raton, FL.  Bob was also blessed to be loved by many grandchildren and great-grandchildren who will cherish his memory.  Grandchildren are Jean Lucas Singletary and her husband Rob, Bradley Mixon Lucas and his wife Sarah, Owen Richmond Lucas, and his wife Caitlin, Michael Matson and Julia Brooke Eberst.  His numerous great-grandchildren are as follows:  Conner Nantz, Bradley Lucas Jr., Laney Lucas, Charlie Nantz, Murray Lucas, Maisie Lucas, Owen Lucas, Jr., Rogers Lucas, Sam Singletary, and Harvey Lucas. Bob was predeceased by his parents, Paul Joseph “Cyril” Eberst and Mary Frances “Amanda” Dees Eberst; a brother, Gordon Eberst and a sister, Doris Knipper Eberst.
The family would like to thank ALL the doctors that made it possible for him to stay alive for soo long.  Also, our gratitude goes out to Dave at the Woodlands for always checking in on him and being there when we needed, and the following caregivers that were vital to him: Chris, Jonathan and Chaplain Chase from Kindred Hospice, Nancy and Karon from Interim Health Care, and Jonathan from Comfort Keepers.  Finally, a very special thank you to the Victory Sunday School Class for all their prayers and cards, and all our other special friends and neighbors who were always willing to pitch in and do anything for us.
We will celebrate his life on Friday, July 1st.  Visitation is at 2:00 and the Service is at 3:00 in the Chapel at the Robinson Funeral Home, 1425 Powdersville Road, Easley, SC.  Flowers may be sent to the Robinson Funeral Home or donations can be made to:  Kindred Hospice of Greenville and American Legion Walhalla Post 124.
Visit RobinsonFuneralHomes.com or Robinson Funeral Home & Crematory – Powdersville Road, Easley.

To order memorial trees or send flowers to the family in memory of Robert Charles Eberst, please visit our flower store.