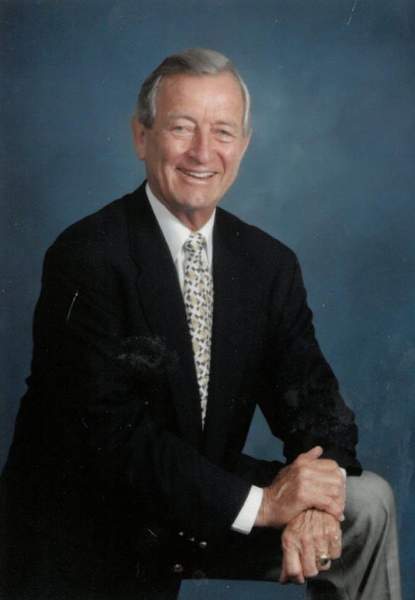 Long-time Greenville resident Robert Harper Yeargin passed away on Wednesday, September 15, 2021 peacefully at his home. He was 94 years old.

Born October 23, 1926 in Gray Court, SC, he was the son of the late Leon Turner Yeargin and Bruce Gray Yeargin. He was preceded in death by his sister, Harriet "Hatsy" Yeargin Young of Florence, SC.

Bob was a devoted member of Westminster Presbyterian Church where he was an elder and deacon. After graduating from Laurens High School, Bob served in the United States Army, Occupation in Korea following World War II and honorably discharged from the Army Reserves as Captain. He graduated from Clemson College in 1949 with a BS Degree in Civil Engineering.

After graduation, Bob worked for Daniel Construction Company where he was a project manager. In 1959, he formed his own company, Yeargin Construction Company, Inc. P-R-I-D-E in WORKMANSHIP, which stood for Personal Responsibility in Daily Excellence, was his company's award-winning employee recognition program for safety, quality & leadership. During his life, he was involved in many other business ventures including Yeargin Farm & Dairy, Yeargin Aviation, Yeargin Properties, Inc.

Bob faithfully served his community. He was on the Board of Trustees of the United Way of Greenville County; was a founding member of the Alexis de Tocqueville Society and a member of the Poinsett Society. He received United Way's first annual Spirit Award for Individual Leadership and Humanitarian Effort. He served on the Board of Trustees as Chairman for the Greenville Hospital System and Chairman of the Board of the Greenville Chamber of Commerce. He was on the Board of Trustees as President of the Clemson University Foundation and was awarded the Distinguished Service Award presented by the Clemson University Alumni Association. He was on the Board of Directors of First Federal Savings and Loan; The Peace Center for the Performing Arts and Imasco, USA. He was a member of the Young Presidents Organization, Chief Executives Organization. He was president of Blue Ridge Council of Boy Scouts of America and was awarded the Silver Beaver Award. He received the Distinguished Executives Award presented by the Sales and Marketing Executives Club of Greenville, SC.

Bob's larger-than-life heart was evident in his unwavering service to everyone around him – his family, friends, church, work associates, and the community. He lived his life with a keen awareness that he had been blessed beyond measure and his mission became to reciprocate these blessings by making sure everyone around him was "taken care of". His devotion to his wife, Mary Ellen, of 70 years was enviable. He treasured his life most when his home was filled with his children, grandchildren, great grandchildren, and friends. He always said "There is no place like home".

A true southern gentleman, Bob was a man of genuine faith, integrity, compassion, and devotion. He was a friend to all and truly believed you should make this world a better place. His energy, work ethic and generosity were a shining beacon in his family and the community. He lived life to the fullest.