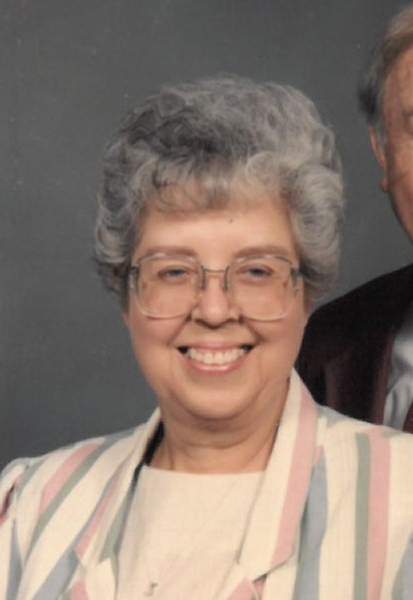 Ruth Richardson Duncan, 90, of Easley, wife to the late Calvin C. Duncan, passed away Friday, May 28, 2021.
Born in Seneca, SC, she was the daughter of the late William Alexander and Nora Campbell Richardson. She was a member of Geer Memorial Baptist Church.
She is survived by her sister, Pat Gibson of Seneca; niece, Kathy Elaine Gibson of Seneca; stepson, Ronnie Duncan of Rosman, NC; stepdaughters, Gayle Gilstrap (Ken) of Liberty, Pat Townsend of Lincolnton, NC, Carolyn Dodson (Phil) of Rosman, NC and Sherri Duncan of Rosman, NC. Mrs. Duncan is also survived by ten step grandchildren, seventeen step great-grandchildren and three step great-great-grandchildren.
Ruth was predeceased by her husband, parents, brothers, Melvin Richardson and Charles Richardson, and sister, Helen Duncan.
Funeral service will be held Sunday, May 30, 2021 at 1:00 p.m. in Robinson Funeral Home Chapel, Downtown Easley. Scroll to the video player below to view the service. Burial will follow at Hillcrest Memorial Park, Pickens.
The family will receive friends prior to service from 12:00 p.m. until 12:45 p.m. at the funeral home.
In lieu of flowers, donations may be made to Geer Memorial Baptist Church, 911 S. 5th Street, Easley, SC 29640.
Click the play button in the video player below to watch the service.

To order memorial trees or send flowers to the family in memory of Ruth Richardson Duncan, please visit our flower store.