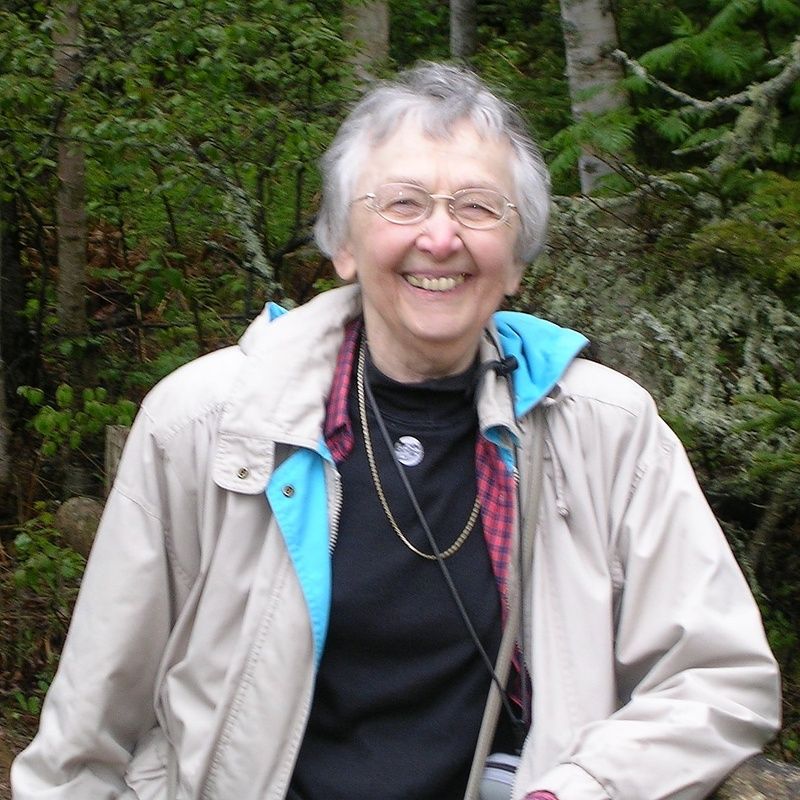 Ruth Joan (Schroeder) Gonlag, 92, died peacefully Monday, March 14, 2022 at the home of her daughter where she had lived for seven years. Her final steps to heaven were accompanied by her daughter Mari and a few close friends and caregivers who had attended her so faithfully for the last many months.
Ruth was born in Porter County, Indiana, on May 17, 1929, the daughter of Harry and Thelma (Williams) Schroeder. She grew up on the farm among six other brothers and sisters and she always loved the country. As a young girl, she attended the local Methodist Church. She graduated from Boone Grove High School in 1947 and later from the University of Wisconsin/Eau Claire in 1984.
In 1949, she married Harry Gonlag, a Navy veteran recently returned from WWII who would eventually serve in the Korean Conflict before heading to medical school at Indiana University. She spent several years working as an administrative assistant and executive secretary to help support the family during her husband's pursuit of a medical career.
Ruth is survived by her son Daniel (Alpine, CA) and daughter Mari (Central, SC), brother Paul (Sharon) Schroeder of Walkerton, IN, sister Kay (Harry) Baum of Linneus, MO, two sisters-in-law Lola (Harold) Schroeder of Donaldson, IN and Jean (Dick) Schroeder of Wanatah, IN, as well as numerous nieces and nephews and their families. In addition, special friends-who-have-become-family include Martha Murphy (Jim) Blackburn of Fishers, IN, Kenneth (her 'grandson') and Serena Murphy, and their boys Jackson (Olivia), Mac (Bethany), and Peyton (who she considered her great grandchildren!). She was predeceased by her husband Harry, her parents, and siblings Harold Schroeder, Janet Clark, Bob Schroeder, Dick Schroeder, and her 'second son' Robert Murphy..
Ruth spent most of her adult life (1961-2015) in Eau Claire, WI, where her husband spent his entire career as a family physician. She moved to Central, SC with her daughter in 2015 as her health began to fail. She was always busy, never met a stranger, and constantly sought to encourage those around her. She was always involved in helping and serving others, through her church (Eau Claire Wesleyan Church), her neighborhood, and community organizations. For many years, she was very actively involved in teaching and ministry with the Hmong community of southeast Asian refugees who came to Eau Claire. She supported missions very actively and provided financial assistance to countless individuals and families. She was an outstanding seamstress and made clothes for the family, sewed for weddings, and worked as a sewing volunteer at Luther Midelfort-Mayo Hospital for many years. When Dan was young, he reports that his friends all wanted to come to his house because his mom was so cool! She will truly be missed by her family and so very many friends, literally around the world!
A memorial service will be held Wednesday, March 23, at 11 a.m. at ALIVE Wesleyan Church, 136 Chastain Road, Central, SC, in the chapel. Mari and others will be available to greet friends from 10:00–10:50 in the church lobby. Another memorial service will be held and her cremains will be interred at a later date beside her beloved Harry in Wisconsin. Memorial donations may be sent to ALIVE Wesleyan Church's senior adult ministry or one of her favorite charities: World Missionary Press, Inc. (PO Box 120, New Paris, IN 46553-0120) or World Hope International (PO Box 743794, Atlanta, GA 30374-3794). Condolences may be expressed at www.RobinsonFuneralHomes.com.
To order memorial trees or send flowers to the family in memory of Ruth J. Gonlag, please visit our flower store.