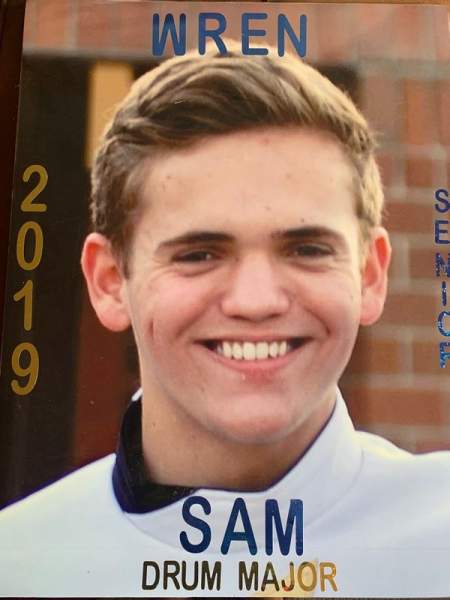 Born in Greenville, he was the son of George Robert "Robbie" and Allyson Griffin Binnicker. Sam was a graduate of Wren High School, Class of 2019 where he excelled as a drum major. He was a junior in the Nursing Program at Clemson University and was a member of the APO Fraternity.

Sam was employed at Pixie & Bill's in Clemson. A kind and funny person, he enjoyed spending time with friends and family. He loved dogs, especially pugs, as he helped foster dogs with his mom for the past 18 years. He was a gentle soul and will be greatly missed.

Surviving, in addition to his parents, are his older brother, Griffin Binnicker and his younger brother, Braden Binnicker. He is also survived by his maternal grandparents, Carol Griffin (Bob), and Bud Bare (Kim) and his paternal grandmother, Gwen Binnicker, and a host of aunts, uncles and cousins.

Sam was predeceased by his paternal grandfather, Bill Binnicker.

A Celebration of Life service will take place at a later date to be announced.

In lieu of flowers, memorials may be made to The American Foundation for Suicide Prevention, 199 Water Street, 11th Floor, New York, NY 10038.