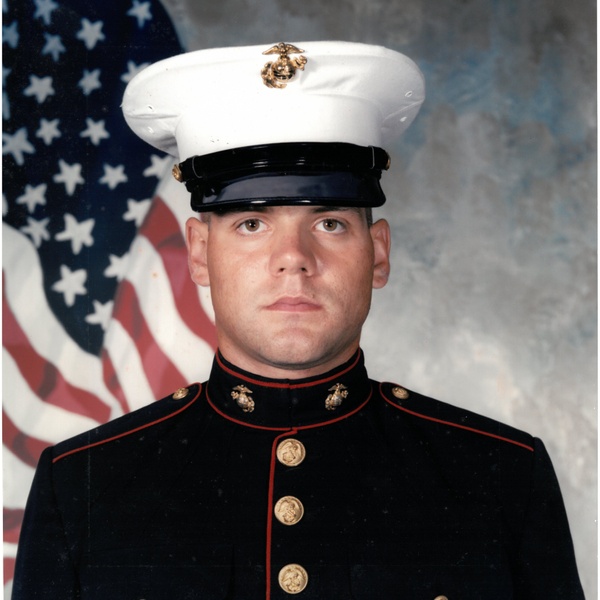 Once a Marine, always a Marine.

It was more than just a motto for Stephen Andrew Sullivan – it was a way of life, borne of fire and camaraderie.

In January 2002, as a 24-year-old Sargent in Operation Enduring Freedom, Stephen was badly wounded when his CH-53E Super Stallion helicopter went down in the snow-capped mountains of Afghanistan, about 40 miles south of Bagram air base.

Two of his fellow Marines died and four others were wounded in the accident, caused by mechanical failure, said then-Defense Secretary Donald Rumsfeld.

Part of the San Diego-based “Flying Tigers” squadron, SGT. Sullivan went through years of reconstructive surgeries and physical therapy and was honorably discharged in 2004.

He was born October 5, 1977, in Orangeburg, the son of Michael and Roseanne Williams Sullivan. He was a member of The Church of Jesus Christ of Latter-Day Saints in Seneca.

At the time of his death, SGT. Sullivan was employed with Danfoss as a quality engineer.

A devoted family man, SGT. Sullivan spent many a weekend day on the floor with his grandchildren, assembling Legos into magnificent structures.

In addition to his parents, Stephen is survived by his son, Andrew Sullivan and his wife, Kennedy, of San Diego, CA; three daughters, Victoria Hull and her husband, Joshua of Pendleton, Madelynne Sullivan of Central, and Amie Sullivan of Townville; a brother, Benjamin Sullivan and his wife Erika, of Anderson; a sister, Beth Ficklin and her husband, Stephen of Washington state; and four grandchildren, Zayden Hull, Jackson Hull, Gwyneth Sullivan-Gore, and Aubrey Sullivan. He will especially be remembered by his girlfriend, Shanna Spinda and her children, Sophia and Roman.

He was preceded in death by his brother, John Sullivan formerly of Six Mile; and his two still born daughters, Catherine and Abbygale.

Though his wounds prevented him from staying in the service longer, as he’d planned, his military service became a defining part of SGT. Sullivan’s life, which will be celebrated from 6:00 – 7:30 PM Tuesday, June 14th at the Duckett-Robinson Funeral Home, 108 Cross Creek Road, Central.

Those who wish to remember Stephen in a special way may make donations in his memory to the Til Valhalla Project.

To order memorial trees or send flowers to the family in memory of Stephen A. Sullivan, please visit our flower store.

The Church of Jesus Christ of Latter-day Saints