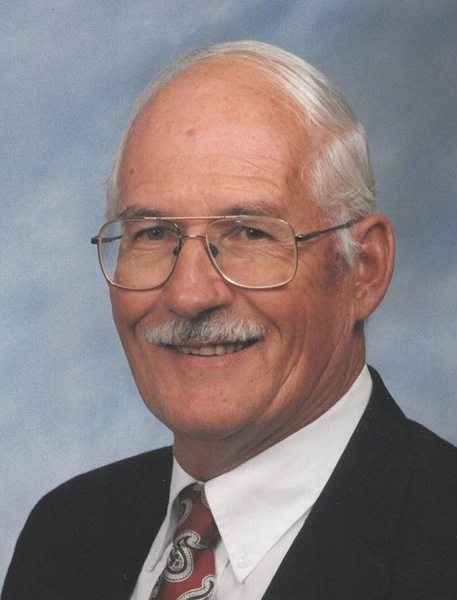 Thomas Edgar Hayden, Jr. "Tom", husband of Mary Ann Hodges Hayden, passed away peacefully in his sleep next to his loving wife of 65 years, Thursday, January 27, 2022 at Clemson Downs, Clemson, SC.
Tom was born the son of a farmer, the late Thomas "Edgar" and mother Helen Houser Hayden of North, SC. He was a graduate of North High School and Clemson University, Class of 1956 where he earned his undergraduate and graduate degree in Animal Husbandry. He was a retired instructor and administrator at Tri-County Technical College and an active member of Clemson United Methodist Church where he held many leadership positions including Lay Leader and Chairman of the Administrative Board. He was a retired Master Sergeant in the SC Army National Guard, 263rd ADA Battalion, having served for over 30 years in the US Army.
Tom's passion was farming, having several degrees in agriculture from Clemson College, farmland he worked in Orangeburg, peach orchard in Six Mile, gardens in Pendleton and Clemson. He was known for giving away peaches to a number of friends, co-workers and family. He and MaryAnn also enjoyed traveling extensively around the world; from Europe, China, Israel, and RVing all over the United States, once all the way to Alaska towing an RV. In his early adult years he taught his sons how to bird hunt, fish, skin a deer or rabbit. He was a DIY before the term was known, always with one or all of his sons having to pitch in and watch or help. He taught his sons the value of caring for others in need; sponsoring orphan children, taking homemade sausage and ham to elderly people he knew needed extra food, donating funds to many local charities and supporting his hometown church in Orangeburg and the Clemson UMC. Finally, he loved his wife, children and grandchildren very much, both spoken and unspoken. He will be missed greatly by his loving family. Heaven has gained a new angel, glory be to God.
In addition to his wife, Tom is survived by his three sons; Joseph T. Hayden (Angie) of Simpsonville, SC, Paul A. Hayden (Bonnie) of Wilmington, NC and Mark E. Hayden (Elena) of Fayetteville, NC; four granddaughters, Kathryn M. Hayden Beck (Nick), Victoria B. Hayden Myers (Nick), Sophia M. Hayden and Isabelle L. Hayden.
In addition to his parents, Tom was predeceased by his loving sister, Carolyn Hayden McCormick of North, SC.
He was a Past Master of Clemson Masonic Lodge, Past District Deputy Grand Master of the South Carolina Grand Lodge, Ancient Free Masons; National Sojourners; a member of the Clemson Yorkrite Bodies of Freemasonry, Yorkrite College, Allied Masonic Degrees: 32 degree Scottish Rite Mason, Knights of St. Andrew and Hejaz Shrine Temple; Past President of Clemson Lions Club, and Past District Governor of District 32-A of Lions International.
Funeral service will be held at 2 PM, Monday, January 31, 2022 at Clemson United Methodist Church, visitation following at the Church fellowship Hall.
In lieu of flowers, the family requests that memorials be sent to the building fund of Clemson United Methodist Church, 300 Frontage Road, Clemson, SC 29631.
To order memorial trees or send flowers to the family in memory of Thomas E. Hayden, please visit our flower store.