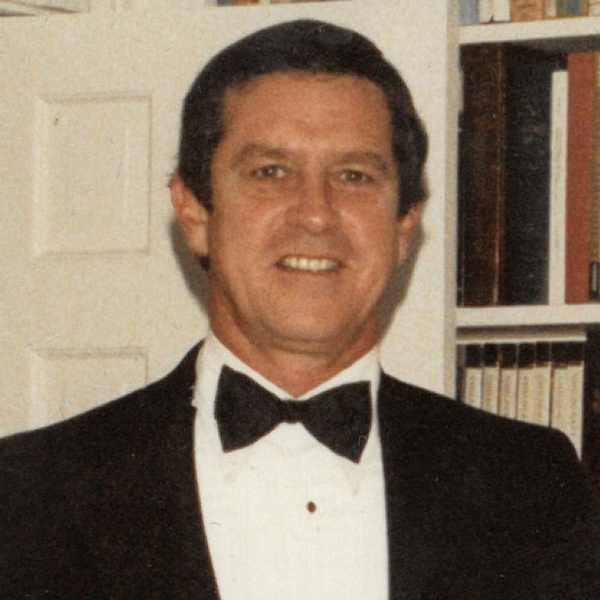 "Skimp" attended Clemson University, majoring in Chemical Engineering and graduated in 1958. He was a proud leader of the CDA and loved that Lionel Hampton made Clemson one of his favorite musical stops. He married Patricia Ann Hemingway in Andrews, SC in November, 1958.

He loved the Lord, his family, Clemson, and his community. He served on various Boards including The Poinsett Club, Christ Church Episcopal, CCES Athletics (especially the 1977 Football State Champions). He spent most of his career in the dye and chemical textile business and founded Campbell Colors, Incorporated.

He loved the beach, trips to Alaska to fly fish, traveling to Scotland and Ireland with dear friends, and New Year's Celebrations in the Mountains. Some of his favorite times were playing golf with his pals, tailgating at Death Valley with Mom's egg and olive sandwiches, lemon squares and pimento cheese; and his loyal buddies who picked him up on Mondays to head to their table for lunch at The Poinsett Club.

He was predeceased by his parents William Marr Campbell and Anna Bridges, his sister Carolyn Campbell, and his brother John Louis Campbell. He has a brother Charles Hugh Campbell living in Columbia, SC. He is survived by his wife Trish and his children Kara Campbell and Billy Campbell as well as his favorite grandchildren, Campbell and Billy Bossong. Skimp served in the Military Police.

He was a member of Christ Church Episcopal and moved to St. Paul's in his latter years.

A Celebration of his life and Memorial Service will be held on Sunday, February 20th at 3:30 p.m. at St. Paul's Church. The family will receive friends after the service in the Church. Memorials may be made to St. Paul's Church, 304 E. Camperdown Way, Greenville, SC 29601 or The American Red Cross, 104 Screven Street, Georgetown, SC 29440.