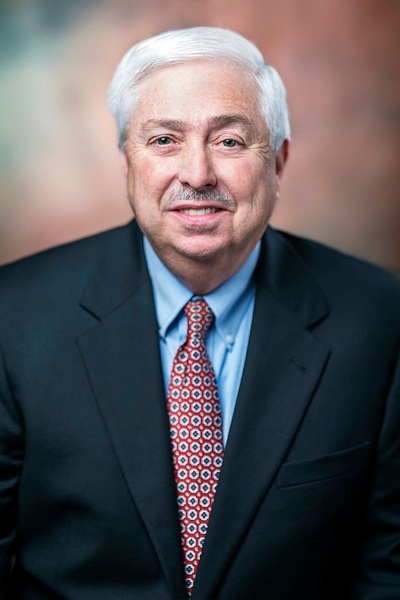 Mr. Holden was a longstanding and well-respected member of the Greater Savannah community. He was born October 10, 1946 to James William and Ella Mae Merck Holden of Easley, SC, both deceased. He was predeceased by an older brother, James Donnie and is survived by a sister, Carol Holden Chapman of Powdersville, SC and a brother, James William Holden, Jr. of Beaufort, SC.

Mr. Holden received his Bachelor of Science Degree from the University of Georgia in 1968 and remained a loyal alumnus and avid fan of his beloved Bulldogs throughout his life. He was a Certified Life Underwriter by The American College. He was honorably discharged from the South Carolina National Guard in 1974 and began his long and successful career with Liberty Life Insurance Company in Greenville, SC. In 1982, Mr. Holden joined Jones, Hill, and Mercer Insurance in Savannah where he eventually became Vice President and Managing Partner, contributing to the company becoming one of the 25 largest insurance agencies in the U.S. before merging with Hilb, Rogal, Hamilton in 1994. Mr. Holden went on to found Holden Benefits, Inc. where he served regional employers until 2010 before joining Wells Fargo Insurance Services where he ranked in the top 25% of producers nationally. He was a Co-Founder of the Georgia Society of Professional Benefits Administrators as well as a Founding Board Member of Compass Health Management and served on the Board of Express Scripts in St. Louis, MO. At the time of his death, Mr. Holden was still contributing to his community and his industry with Bernard Williams Insurance Services in Savannah.

Mr. Holden leaves behind an exhaustive legacy of community service including Past President of the Savannah Civitan and Kiwanis Clubs. He was a graduate of Leadership Savannah and a founding Board Member of the First City Club and served on the Executive Committee of the Savannah United Way Campaign. Mr. Holden was a past member of Savannah Rotary and Christ Church in Savannah.

Due to the current and ongoing public health concerns associated with the COVID-19 Pandemic, no memorial service will be held. Please join the family and friends of Mr. Holden in the online memorial forum at www.foxandweeks.com.

Mr. Holden will be buried in a private ceremony at Greenlawn Memorial Park in Easley, SC.

In lieu of flowers, the family requests that Mr. Holden be memorialized through donations to the Salvation Army of the Coastal Empire, Savannah, GA.
To order memorial trees or send flowers to the family in memory of William Roger Holden, please visit our flower store.