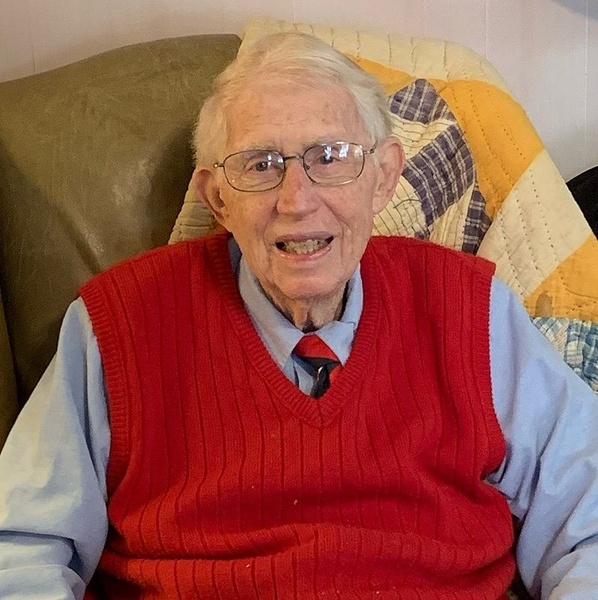 Mr. William Thomas Owens, 95, husband of the late Alice Nalley Owens, went to be with his Lord and Savior Friday, January 28, 2022.

Born on January 17, 1927 in Pickens County, he was the son of the late William Lawrence Owens and the late Mamie Campbell Owens. Mr. Owens graduated from Easley High School in 1944, where played in the first high school band. He was awarded a music scholarship to Erskine College in 1945, but was unable to complete his studies due to being drafted in the United States Marine Corps. Thomas was stationed in Korea for two years and also played in the Marine Corps Band.

He began his banking career in 1947, and in 1949 he married the love of his life, of sixty-seven years, Alice Nalley. Thomas finished the School of Banking at LSU in 1967 and after serving several roles in banking, and Branch Manager, he retired with forty-four years of service in the banking industry.

Mr. Owens had a passion for music, singing, directing music, playing the piano and organ, and played for churches for eighty years. He was very active and enjoyed playing tennis into his 80's. Thomas will be dearly missed by all who loved and knew him.

Surviving are a daughter, Betsy Owens Bryan (Russell) of Easley; two sisters, Doris Stone and Joann Crane, both of Easley and four grandchildren, Dylan and Maria Bryan of Easley, and Bo and Grant Gilstrap of Easley. In addition to his wife and parents, Mr. Owens was predeceased by a daughter, Alicia Diane Owens.

The family will receive friends from 1:00 PM until 2:45 PM Tuesday at the church, prior to the service.